In the latest sale of a musician’s music catalog, David Bowie’s estate has sold the worldwide music publishing rights to the glam rocker’s entire library of songs to Warner Chappell Music, the company announced on Monday.

The deal, which someone with knowledge of the terms has pegged at $250 million, includes all of Bowie’s body of work spanning six decades, including some of his biggest hit songs “Space Oddity,” “Changes “, “Life on Mars?” Ziggy Stardust”, “Starman”, “Rebel Rebel” and many more.

It also includes songs from his 26 studio albums and his posthumous release “Toy”, as well as two studio albums by the band Tin Machine as well as other tracks released as singles from soundtracks or other projects.

Last year, Warner Music Group agreed with Bowie’s estate to license worldwide rights to Bowie’s music catalog from 1968, and WMG is now home to Bowie’s entire body of work. Bowie as a songwriter and recording artist.

“We at Warner Chappell are all immensely proud that the Estate of David Bowie has chosen us to be custodians of one of the most groundbreaking, influential and enduring catalogs in music history. These are not just extraordinary songs, but milestones that forever changed the course of modern music,” said Warner Chappell Music CEO Guy Moot. “Bowie’s vision and creative genius drove him to push boundaries, lyrically and musically – writing songs that challenged convention, changed conversation, and became part of the canon of global culture. His work has covered in massive pop hits and experimental adventures that have inspired millions of fans and countless innovators, not just in music, but across art, fashion and media. his unparalleled body of songs with passion and care as we strive to build on the legacy of this most extraordinary human being.

“This fantastic pact with the David Bowie estate opens up a universe of opportunity to take his extraordinary music to vibrant new places. It’s not just a catalog, but a living, breathing collection of timeless songs that are as powerful and resonant as today than they were when they were first written,” said WCM Co-President and COO Carianne Marshall. “We were delighted that the estate felt that Warner Chappell had the knowledge, experience and resources to take the reins and continue to promote a collection of this magnitude. All of our global leaders and departments are incredibly excited and ready to get to work with these brilliant songs across multiple avenues and platforms. And with both sides of WMG now representing Bowie’s career, we couldn’t be better organized to represent this illustrious body of work. 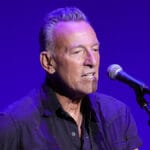 “We are truly delighted that all of David Bowie’s music is now in the capable hands of Warner Chappell Music Publishing. We are sure they will cherish it and care for it with the utmost dignity,” added Allen Grubman on behalf of the David Bowie Estate and RZO.

Bowie died in January 2016 after an 18-month battle with cancer and days after releasing his ‘Lazarus’ album.

The sale of Bowie’s catalog is the latest in a series of similar sales by legacy rock artists, most recently including Bruce Springsteen, whose own catalog was sold to Sony for $500 million late last year. .

Fasig-Tipton has cataloged 636 entries for its upcoming Midlantic 2-Year-Olds in Training sale, which will be held Monday and Tuesday, May 23-24 at the Maryland State Fairgrounds in Timonium, Maryland. “This is the strongest catalog we’ve ever had for Midlantic 2-year-olds in training,” said Paget Bennett, Midlantic Sales Manager. “It’s the biggest size in recent […]

Kobalt Sells Catalog With Weeknd And Lorde Songs For $1.1 Billion

As expected, global investment firm KKR and Kobalt Capital Limited has announced that KKR, together with its co-investment partner, Dundee Partners, the investment office of the Hendel family, has purchased the KMR Music Royalties II portfolio from KCL for approximately $1.1 billion. The catalog includes over 62,000 music publishing copyrights, featuring songs by The Weeknd, […]

Whether you want to use it to carry your best pair of cleats or your Nintendo Switch and a few controllers, Mario Strikers fans should direct their shots at My Nintendo when the time is right. For 600 Platinum Points, members can redeem a My Nintendo exclusive Mario Strikers: Battle League Drawstring Bag from now […]